Fritz, originally named the Fritz Rabyne Memorial Band, was the first rock band and music school for fellow cohorts Stevie Nicks and Lindsey Buckingham. The origins of Fritz began when Bob Aguirre, the drummer of The Castiles, invited Javier Pacheco to play with the band for a high school talent assembly alongside Cal Roper (bass), Lindsey Buckingham (guitar), and Jody Moreing (vocals & guitar).

Javier proposed that they call themselves “The Fritz Rabyne Memorial Band,” but the name was shortened to “Fritz Rabyne,” ultimately becoming just “Fritz.” The response to the newly named band was huge. Jody, Lindsey, and Javier could perform flawless three-part harmonies, and it was as if they had been playing together for years.

By summer of 1967 Jody moved East to attend college, and Bob, Lindsey, and Javier, were on the lookout for a new female singer. They attended College of San Mateo (CSM) where Bob had made a friend named Bob Fogel, who told him about a female singer he knew named Stevie Nicks. Stevie had graduated from Menlo-Atherton “Class of ‘66” and was in her second year at CSM. Stevie had never been in a band, had never played anything other than country music on an acoustic guitar. But on stage, she quickly learned to fit right in. Soon after, Fogel introduced Brian Kane, a guitarist to Fritz, and  they invited him to play, or “audition,” at one of their rehearsals at Lindsey’s house. The five of them began to perform Top-40 covers. They would later come into contact with Fred, an engineer, and Hank Dominic, a producer at Action Recorders in San Mateo to record them and helped them produce a ten-inch acetate record “Demo”. This was the first of four very important recordings of the Fritz Rabyne Memorial Band. The material recorded represents the first phase of this group’s three-and-a-half-year trajectory. 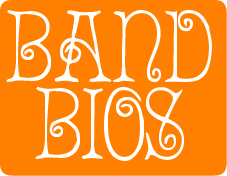 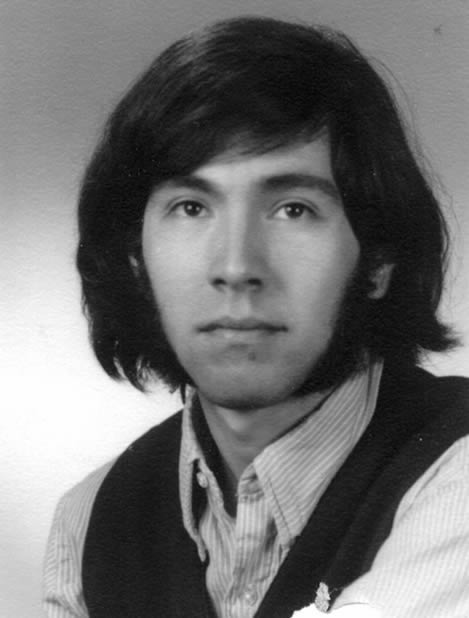 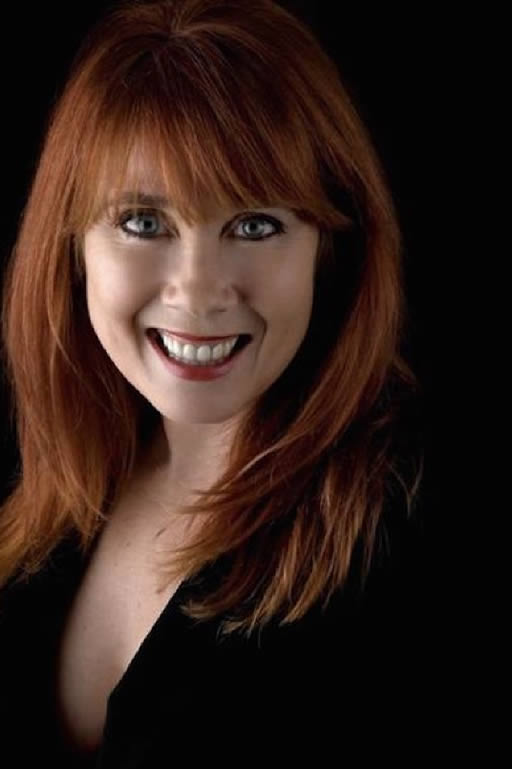 “My name is Joy Bonner and I grew up in a small Arkansas hamlet named Tichnor. I learned how to sing by listening to my older sister, who is also a vocalist, and, from my truck-driving father. I started singing professionally at 14 at the local pizza parlor, then eventually moved to California to become an accomplished singer and songwriter.”

Fun facts: “I like to sing…a lot! I also like to dance…a lot! Once, I danced right off the front of the stage. Everyone in the crowd gasped…I laughed & got back up & finished the song. When the song was over the audience applauded so loud it was like I was a professional football player who got up after being tackled & knocked out! I am resilient & just keep on going like the Energizer Bunny, not just on stage, but in life as well. I believe in believing! There is a pot of gold at the end of the rainbow…Right? Oh, & unicorns are real too!!”

Professional Development: Joy has opened shows for the Doobie Brothers, Tom Jones, Chris Isaak & Dionne Warwick. She has also performed at a 2002 World Championship Anaheim Angels game and appeared on the Wayne Brady Show. She received national recognition through radio airplay with her single “See You As I Do” from her last album Ritual Dance with her California band, The Gurus. After a European singles deal, this song was in heavy rotation for many weeks and promoted with a television appearance on European television. Other songs from the album have been licensed to television and film. 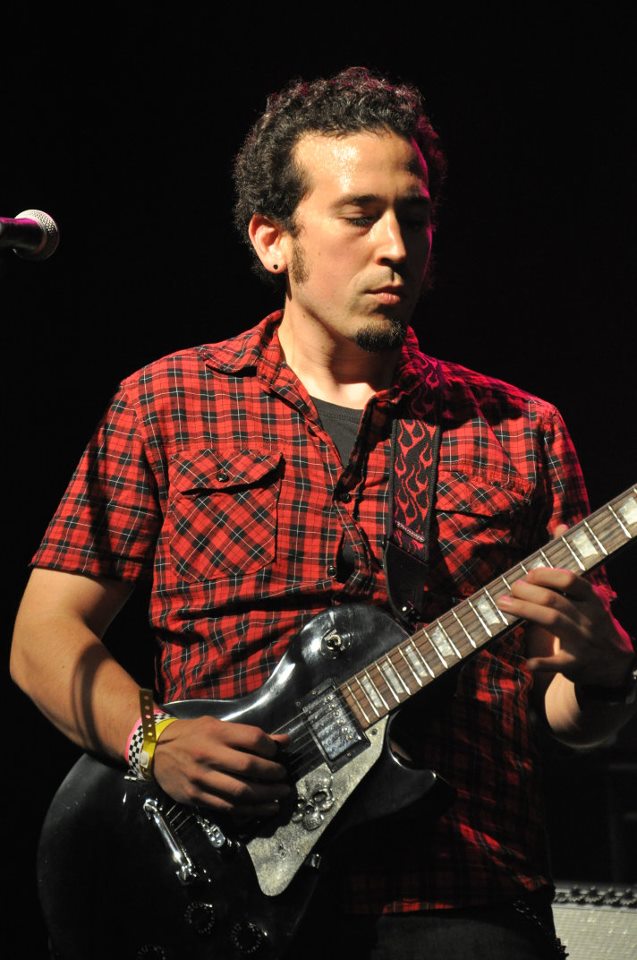 “My name is Benny Pacheco. I was born and raised in the Bay Area, CA.”

Fun fact: “One of my most memorable performances was when we opened for Enanitos Verdes Latin Rock band… This was by far one of my favorite shows of the Ratasan band era!!! This was the show we debuted our 4 song EP,& had special guest Courtney Alvarez sing a few songs with us… That summer was the hottest ever in the valley & all of us were drenched in sweat after each rehearsal before this show. Good Times!!!”

Professional Development: He has played Indie, Punk, Latin Rock & alternative beats. He performed for important Latin bands and venues. His band Ratasan has opened for other bands like Enanitos Verdes, El Gran Silencio, Belanova at entertainment venues like Majestic Ventura, House of Blues Sunset, The Roxy Theater, and more. 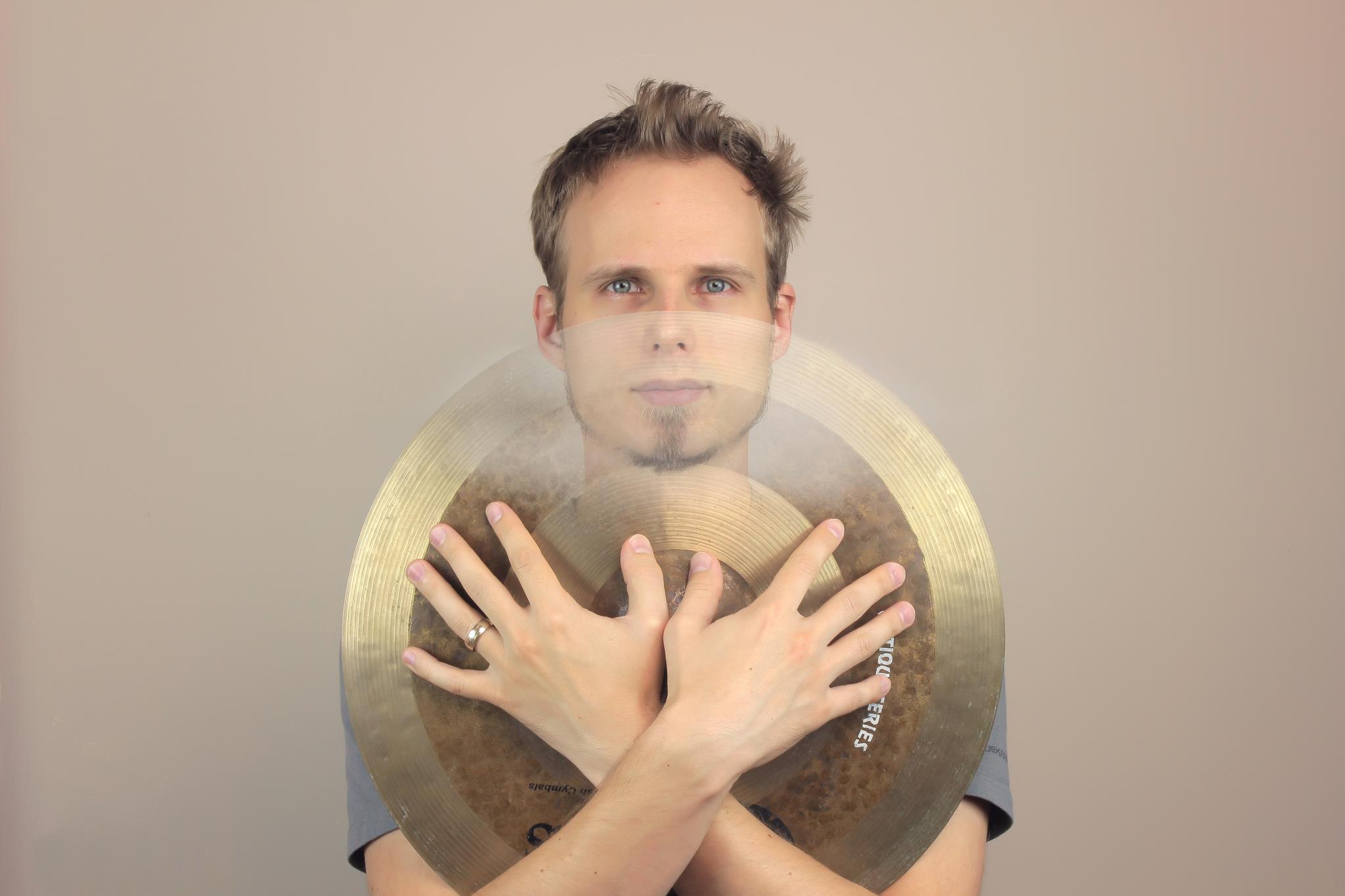 Goran Rista studied Jazz Performance at Massey University and graduated in 2000. He was the former drummer at Joshua Stedman Music.

Fun Fact: “Roger Seller was my mentor and he lead by example. I can apply the lessons I learned from him to many aspects of my life. If we all tried to be a bit more like Roger, this world would be a much better place.”

Professional development: Qualified professional drummer experienced in most musical styles in both live and recording settings. Goran Rista is the creator of GoranGrooves.com, a service for musicians, producers, and artists that offers high-quality, custom-recorded session drum tracks online. Goran is also an accomplished audio engineer and owner of Grooves Recording Studio, located in Miami, FL. 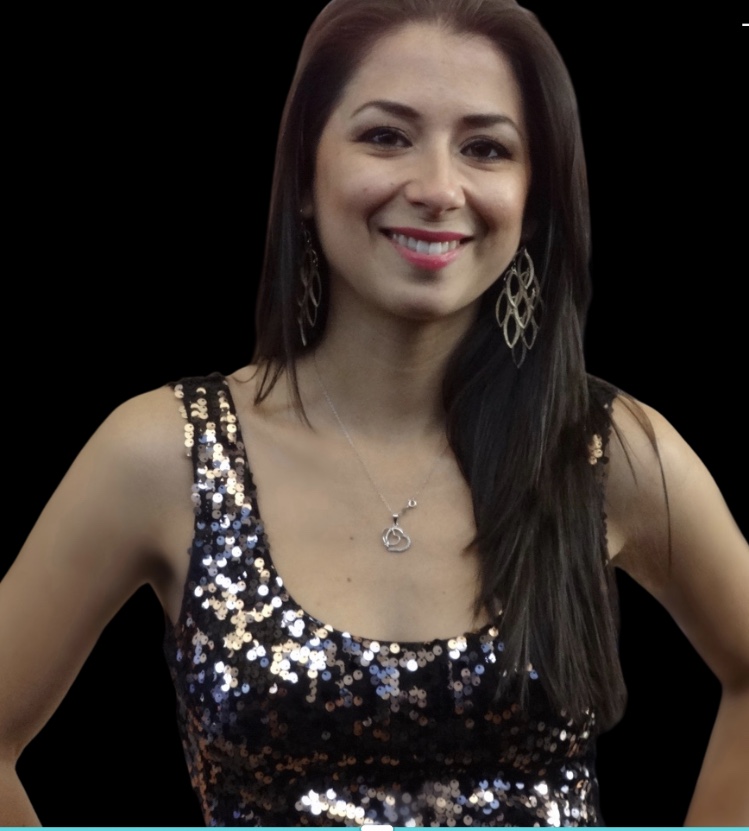 Sofia began in music as a Hobby that she picked up at church. She continued her musical studies at Contra Costa College School of Applied and Commercial Music, studying under world-renown vocal teacher Roger Letson.

Fun Fact: “The year I was in Jazzology, the commercial group of a music program, we were the recipients of the Downbeat Award, and have also recorded with Grammy-award winning recording engineer Bill Hare who specializes in acapella recording.”

Professional development: Participated in Chorale and Jazz vocal ensembles as a Soprano and Alto, sang in various Festivals such as the Reno Jazz Festival and were finalists in the Monterey Jazz Festival. She gigs with local Afro Brazilian bands but looks forward to being able to return to singing with Competitive Vocal Ensembles in the Bay Area soon and to keep on participating in the local music and art scene. 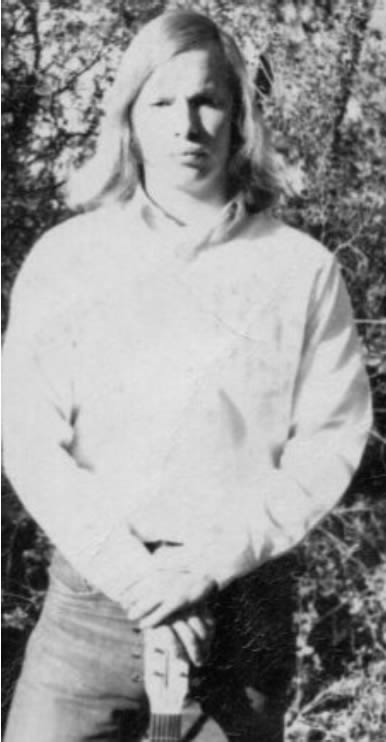 R.S.(Bob) Jensen American songwriter from California’s Central Coast. Bob bought his first guitar at the age of 12, forming his first band in the eighth grade. By 15, when services were not being held, he was jamming on the neighborhood church’s Hammond B3. At 16 he took up the sax and flute.

Fun Fact: Bob was a member of the Cuesta College Jazz Band (CA) that was invited to perform at the Montreux Jazz Festival. He was also a woodwind player and arranger for a power horn section with San Luis Obispo (CA) based rock band: “Lee and Friends.” Bob studied briefly with the Don Ellis and Stan Kenton Orchestras and is a past member (guitar, keyboards) of the Los Altos (CA) based band: “Tone Daddy.” 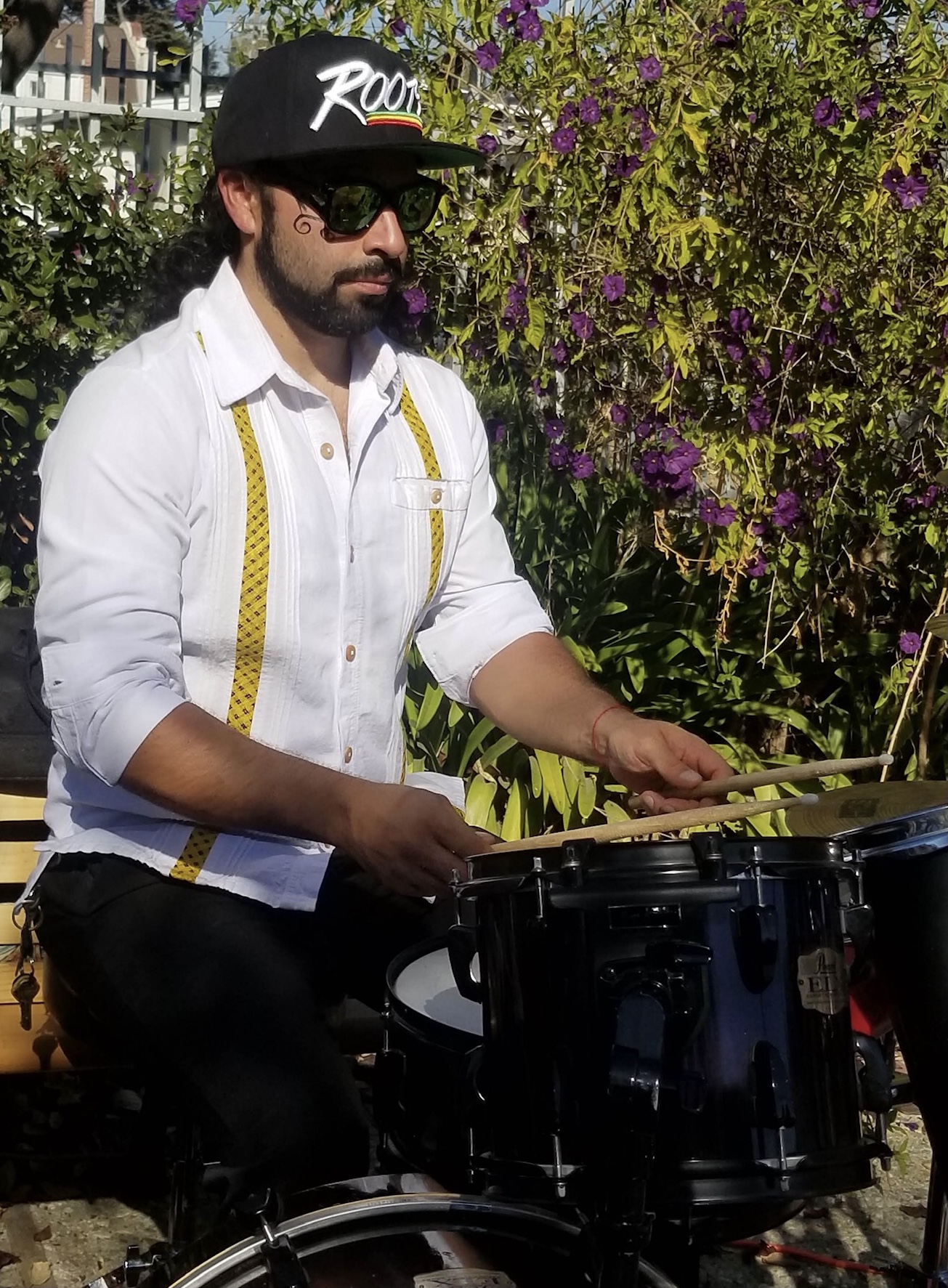 “My name is Daniel Rojas I’m originally from Chile, I started becoming involved in music in my early years of Elementary and Middle School in South America. Then my family and I moved to California. I attended Contra Costa College School of Applied and Commercial Music in 2005, achieving proficiency in Music Theory, Percussion, Solfeggio, Vocal Performance, along with Bass, and Guitar.”

Fun Fact: “I participated as a Tenor, and Baritone at the 2009, and 2010 Reno Jazz Festivals. As a singer, one of my most unforgettable moments was when I became a finalist at the 2010 Next Generation Monterey Jazz Festival. But my true passion and goal are to master the drums and tour with bands all around the world!” 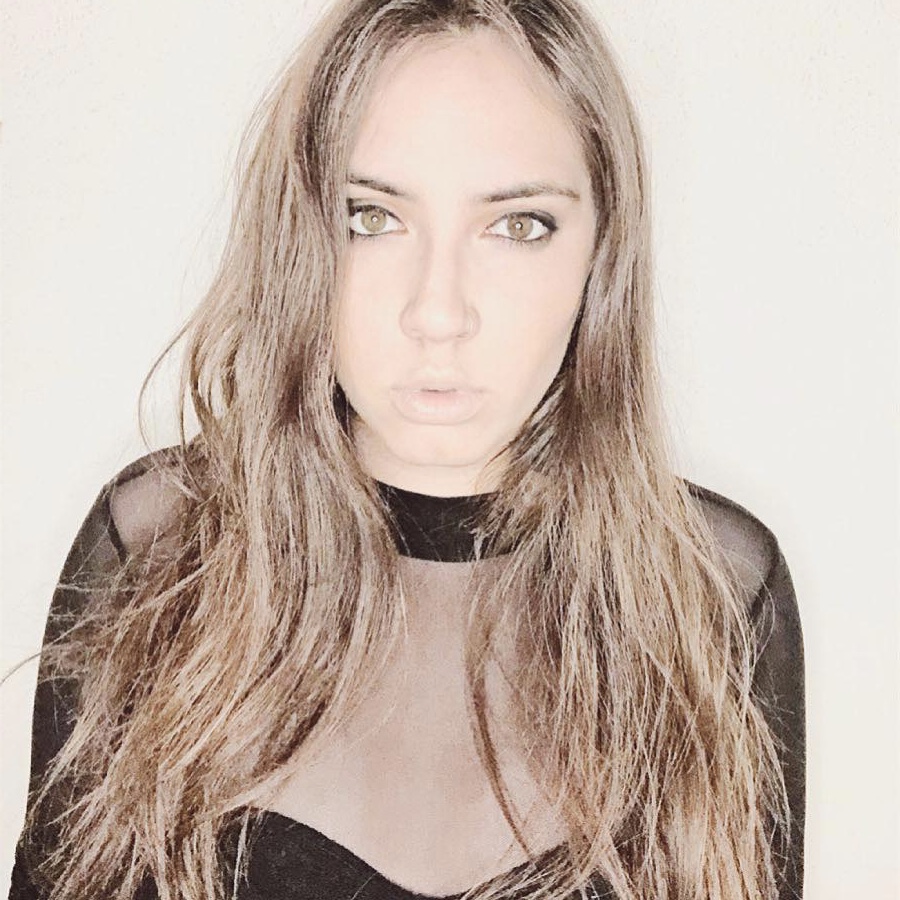 Marena is the daughter of artistic parents. Her mother plays the first French Horn for the UNAM Symphony Orchestra, and her father is the first Flute in the Philharmonic Orchestra of Mexico City. Needless to say, she developed a love for music at a very young age. Currently, she is the frontwoman and songwriter in the MArs Rising band.

Fun Fact: Marena started MArs rising as a solo project while living in Boston, MA in 2014. After returning to her hometown in Mexico in 2018, Mars Rising takes to the studio and starts tracking the first few singles for their album with producer Mark Díaz. In October 2018 their first single “Intertwine” is released. Mars Rising has finally been able to develop and settle for a sound that defines who they are today.

Professional development: She studied at Berklee College of Music Pro Music (MB-Songwriting). She is a composer, singer, pianist, and vocal instructor. Currently, she is the frontwoman and songwriter at MArs Rising Band. 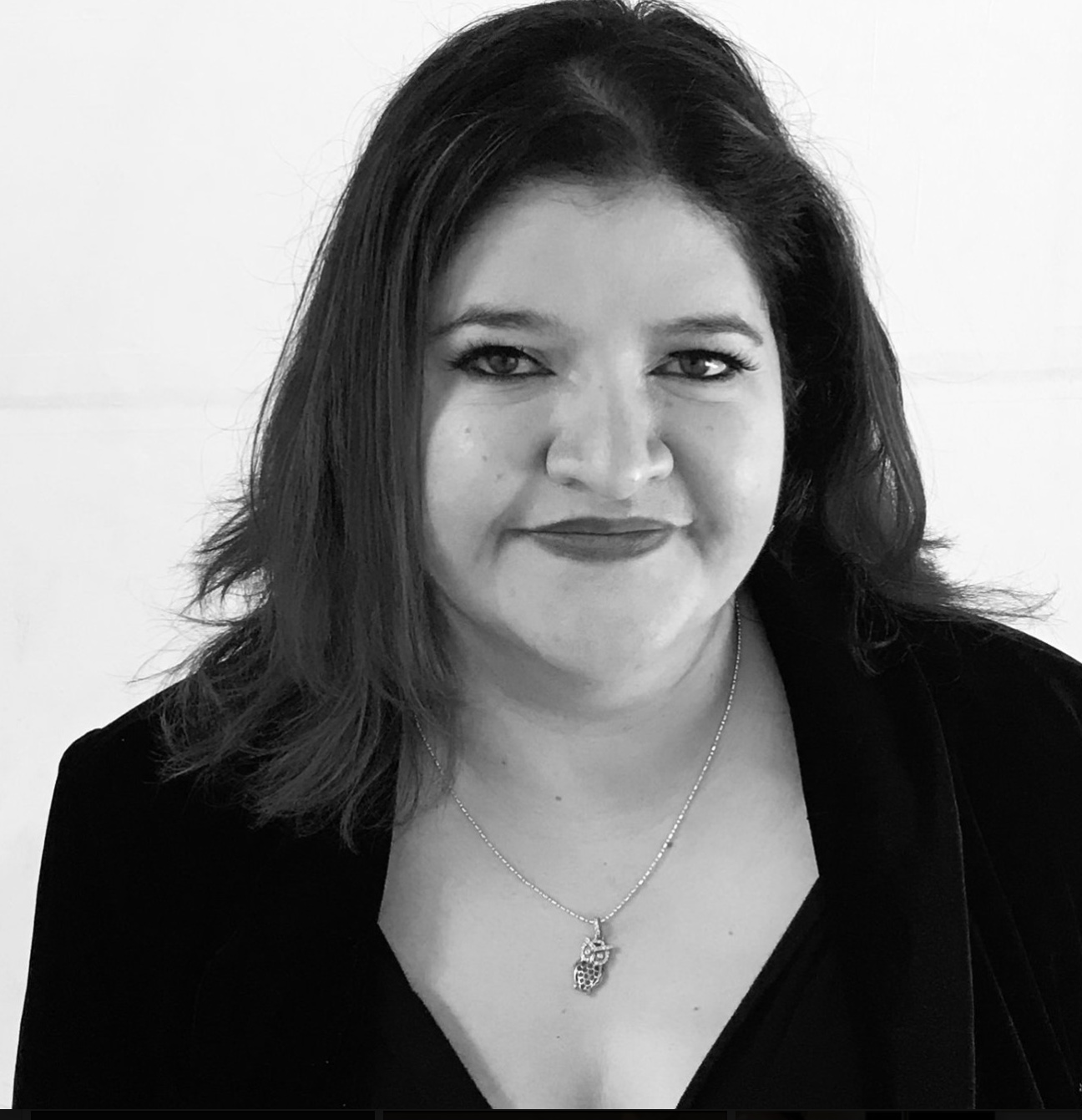 Iris Merle was always inclined to pursue music and the arts all her life. She started singing at a young age in her school choir ensemble. She won a state-level chorale competition in Mexico. Later on, she became a backup singer at a Bay Area Salsa group and also at a Latin Jazz ensemble.

Fun Fact: She is currently a vocal coach and teacher at a nonprofit organization called Casa Circulo Cultural. An organization dedicated to bringing art, music, and culture to low-income families.

Professional development: She has done some acting and dancing first at a Barrios Unidos group and then at Casa Circulo Cultural. She has participated in numerous events at this organization, including a Tribute to Selena, and even a musical play called Annie. Where she got to play Ms. Hannigan the villain. She studied bel canto singing and the general texture of Italian music at De Anza College in 2018 and currently she takes classes with her renowned Opera Singer Alonso Sicarios-Leon a member of the Escenia Ensemble. 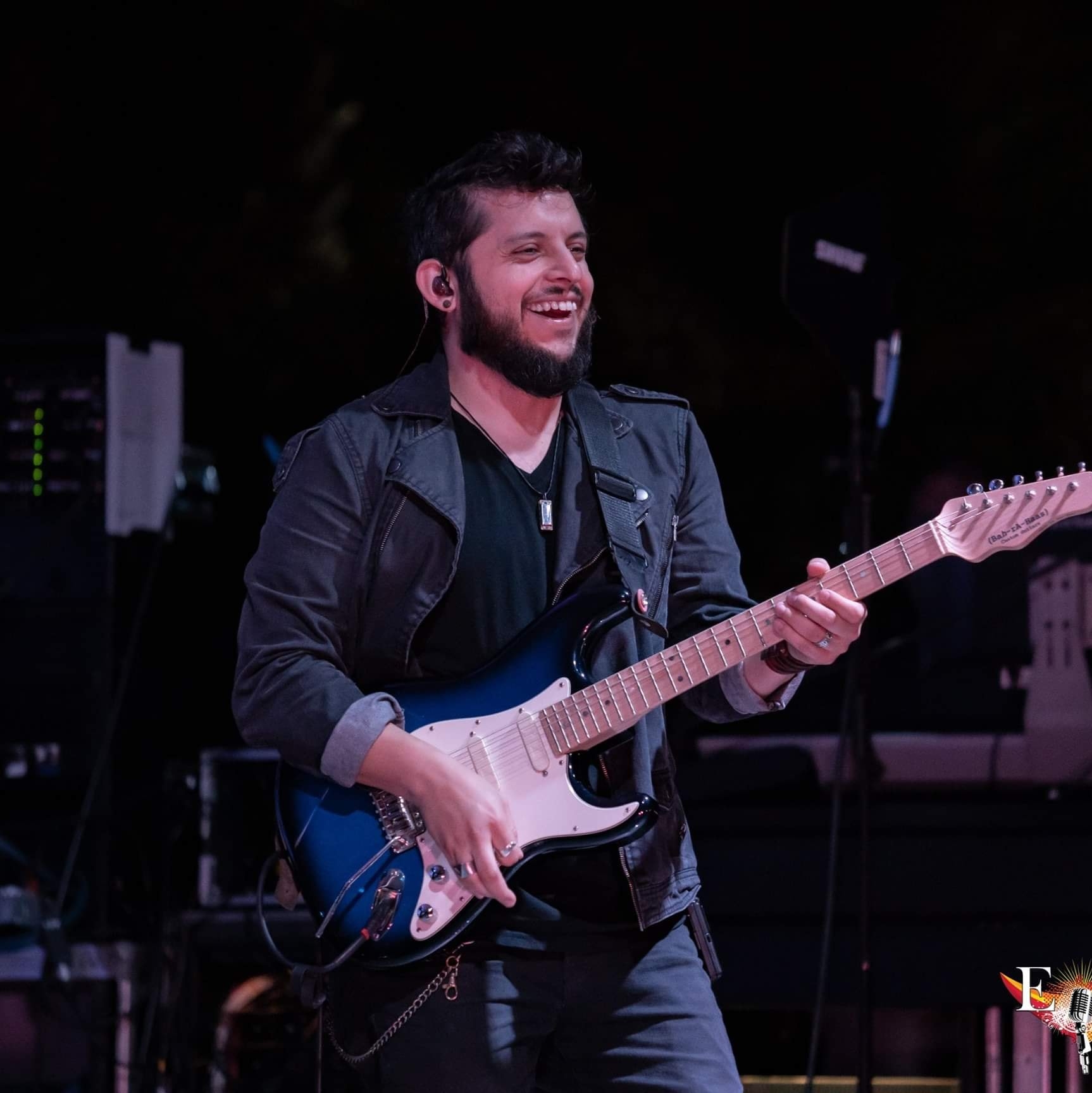 Camilo Velandia is a guitarist & producer from Colombia living in Miami, Fl.  He has traveled around the world playing sold-out arenas in more than 45 countries. He has performed with artists such as Julio Iglesias, Jon Secada,Jennifer Lopez, Luis Fonsi, Diego Torres, Natalia Jimenez, Robi Draco Rosa, and many more.  He has also recorded for artists such as Jennifer Lopez, Bonnie Tyler, Sebastian Yatra, Ednita Nazario, Luis Fonsi,  Alexander Acha, Jesse y Joy, Gente De Zona, Farruko, Tito El Bambino, Abraham Mateo, Luis Enrique, and many more.  He has produced and arranged for many artists and TV shows, most recently, he produced and arranged dozens of songs for NBC’s La Voz. 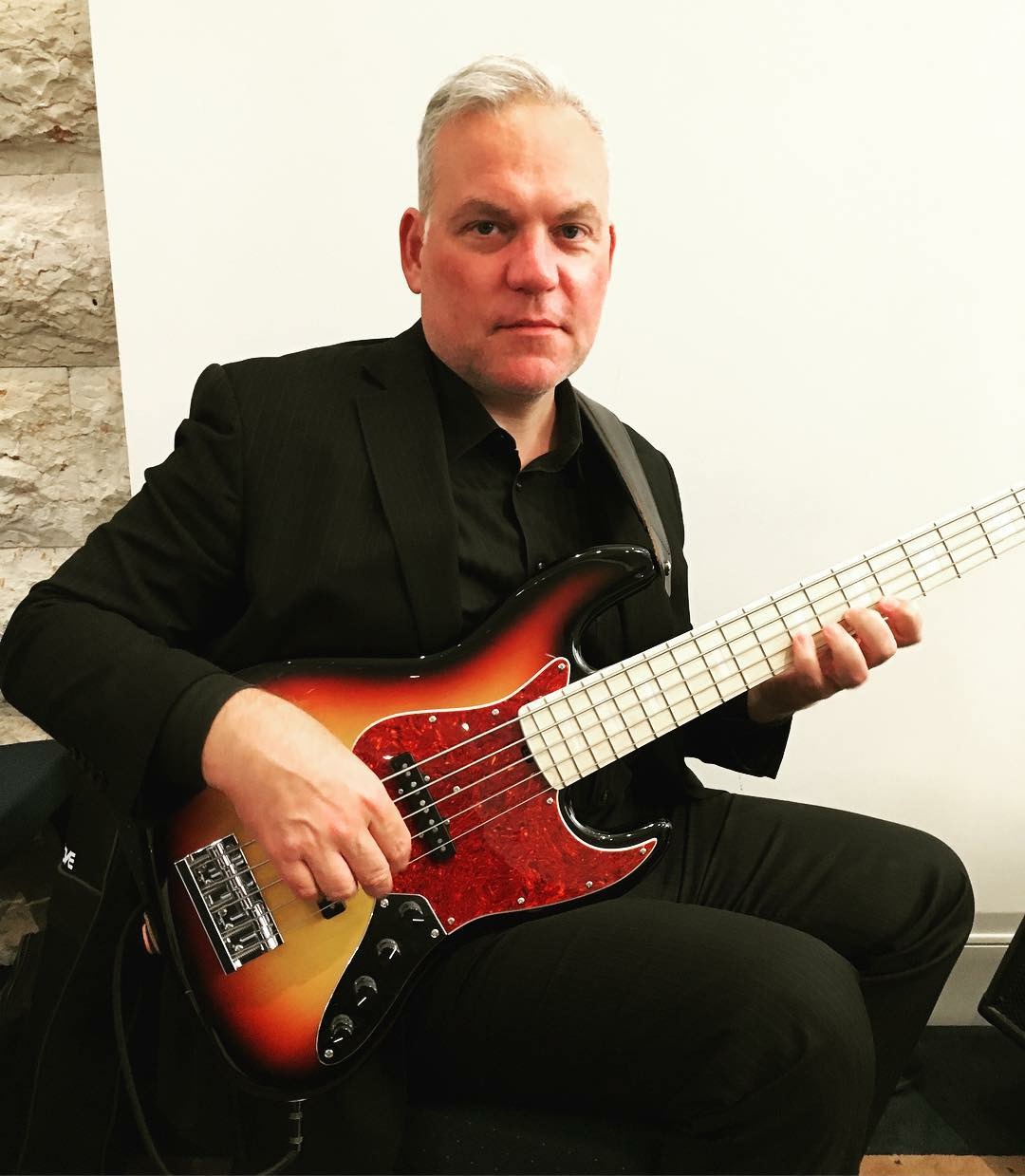 An accomplished reader of music, particularly bass and treble clefs. He is an experienced showman, either theater or entertainer/Vegas-style venues playing where the group rehearses once and then plays the show the same evening. Professional recording artist and also qualified in the use of Sibelius music writing software for the creation of charts and arrangements. Intimate knowledge of the philosophy, principles, and lessons of the Unity movement as expressed through the works of Charles and Myrtle Fillmore, Emily Cady, Eckhart Tolle, Gary Zukav, Marianne Williamson, Don Miguel Ruiz, and James Trapp, as well as many others 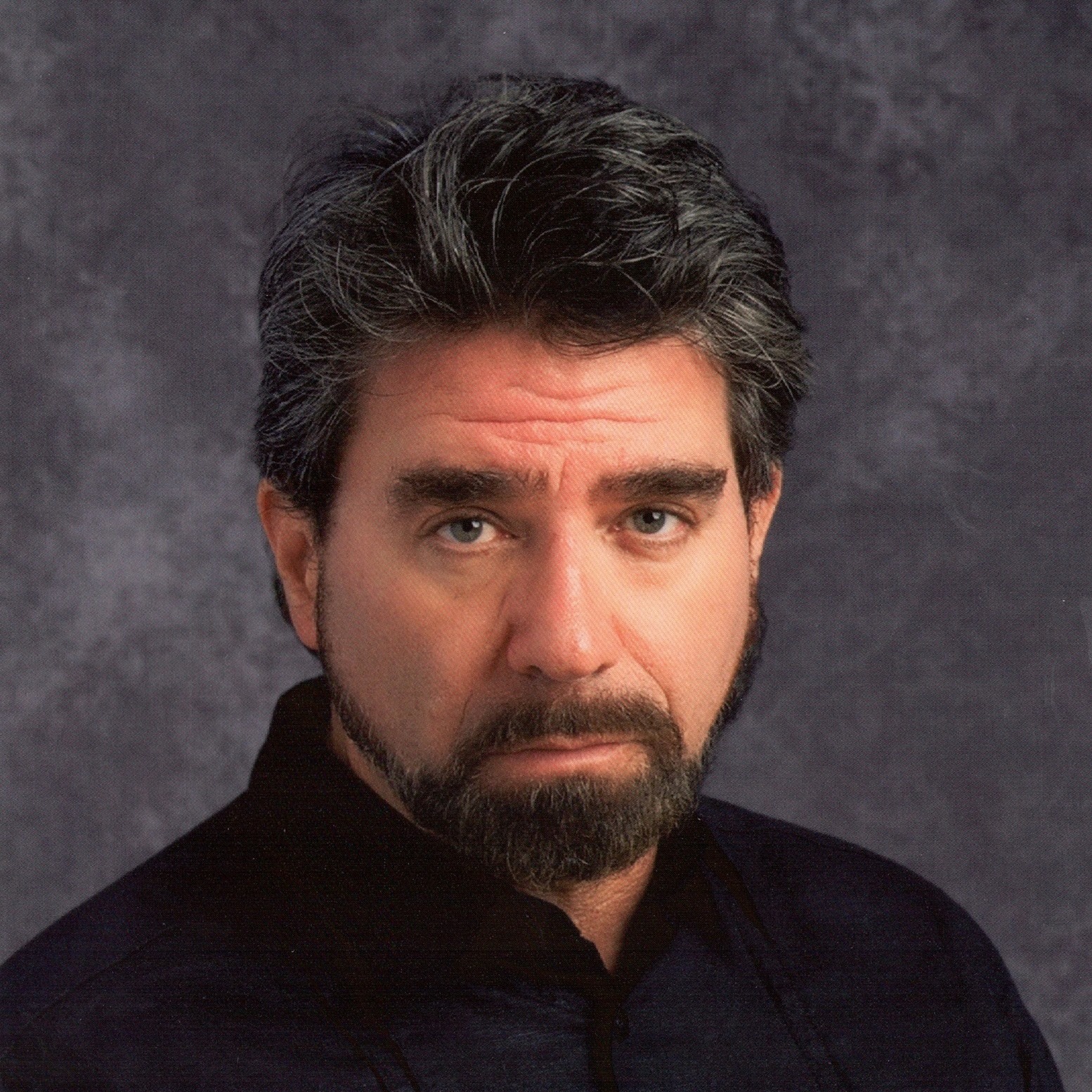 A former professional in the tech world with 25 years working in Operations for several large Silicon Valley companies, John Zepezauer left all that behind to pursue better interests, his past passions–specifically, entertainment, but his favorite hobbies are producing short videos and playing electric guitar. He is looking forward to fully retiring in order to pursue such passions full time.

Fun Fact: “After playing in a garage band in my early 20s, I put down my guitar in order to focus on starting a professional career.”

Professional development: “I have a B.S. in Industrial Technology from San Jose State University and an MBA from Pepperdine. Several years ago I had taken private lessons in guitar and vocals, and I look forward to resuming guitar lessons in the near future, after a brief 30-year hiatus.” 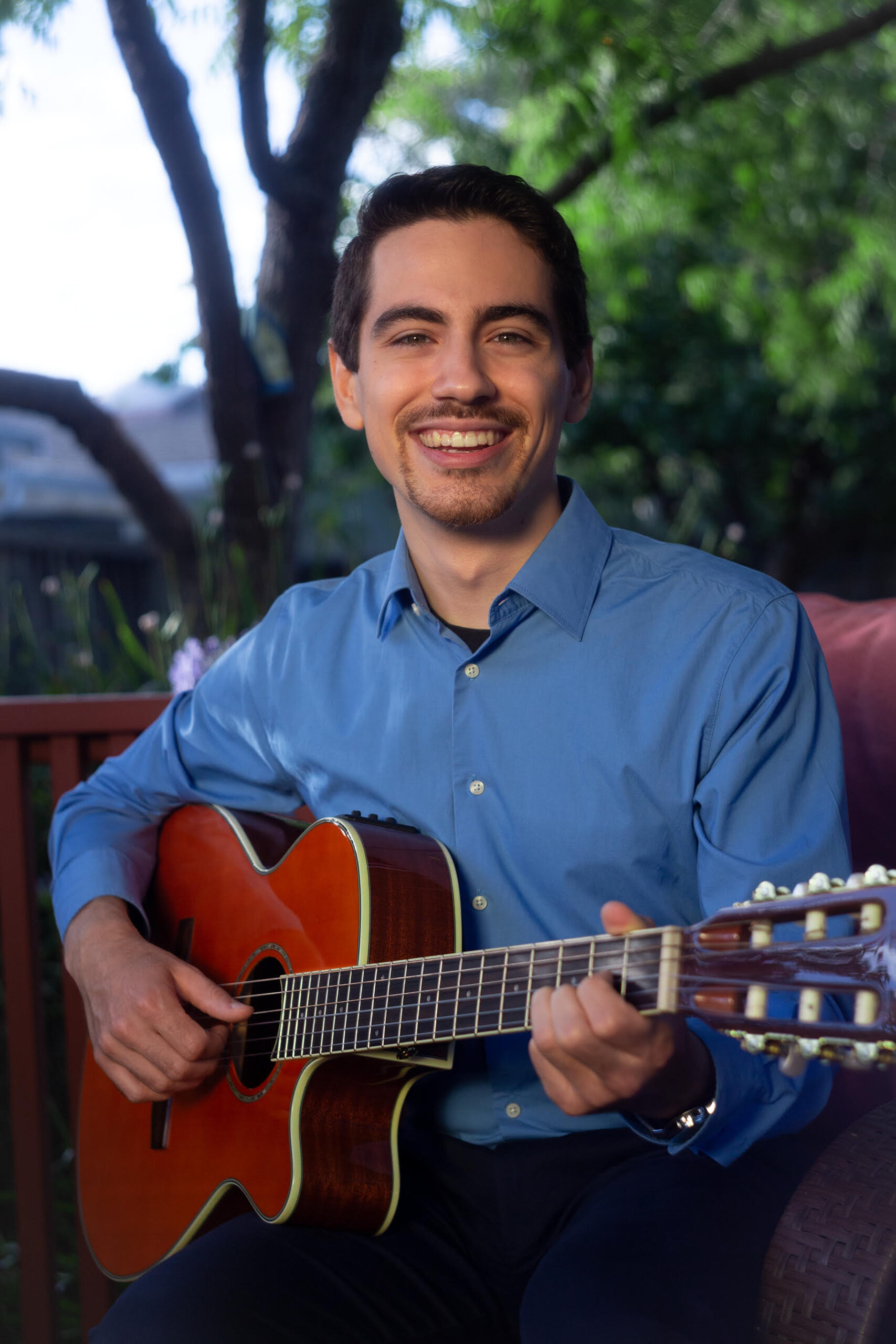 Alberto Callejas was born in Redwood City, California, in 1999 outgrew up a few towns over in Mountain View. He has been playing guitar in a range of different musical genres for more than 13 years.

Lately, he has been focused on worship music, leading the worship band at his church. He also teaches guitar and bass.